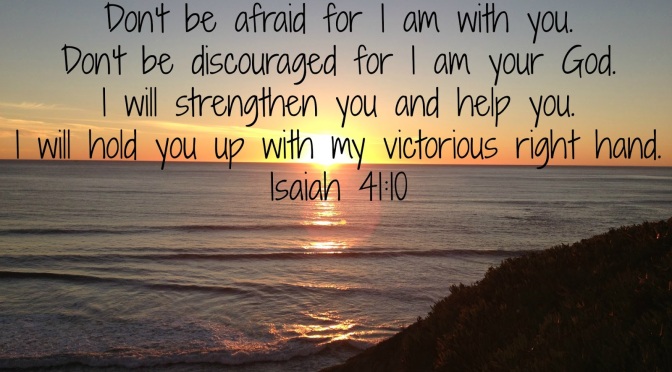 This past week has been very hard for me. I am bipolar. My postpartum hormones and inability to take mood stabilizers while breast feeding has made this last year challenging.

I was determined to keep a balanced mind and hopeful outlook, even though I was rapidly see-sawing from extreme depression, to numbness, to high anxiety and a racing mind.

I have been fighting a mania for  a few months now. It got worse in the beginning of April when both my van and my husband’s car broke down on the same day. The added stress of this caused a major fight between my husband and I. My anxiety escalated exponentially and I could’t sleep.

If I don’t get an average of 7-8 hours of sleep per night, I start to become manic. I can feel it coming on and usually try to get a few long nights of sleep. This generally brings me back to earth.

Unfortunately last Tuesday the insomnia and anxiety ramped up even further due in part to PMDD. I have been fighting it, but I keep spiraling further into a full blown manic episode.

My family is concerned and I am nervous too. God is helping me stay in touch with reality, but completing ever day tasks as a SAHM of 4 is overwhelming to say the least. I need help and I have learned to reach out. My family is amazing!! I would be lost without their unconditional love and support.  My husband, parents, and sisters have helped with the kids.

I am using all the tools I learned in therapy to cope and level out. However, they are not cutting it this time. I need a psychiatrist and some medication. My former doctor retired and I could not find anyone who takes my insurance for the past year. Finally, an office I formerly attended had an opening. I got an appointment, but it was a month out from when the mania really amped up in April. I am now much worse and I still have to wait a week for the doctor.

I am scared and trying to get in earlier, but I don’t know if that’s possible. I am clinging to God right now and he is giving me peace. My daily devotional spoke especially true to my heart today and I felt the need to share here. My God is my rock, my refuge in the storm. He is my healer and the maker of heaven and earth. I know He will not give me more than I can bear, so he must think I’m awefully strong.  I am not sure what he is preparing me for.  I feel once I overcome this, I will do great things in His name. He can do anything and I am continuing to pray for complete healing from bipolar disorder and trich.

To end on positive not, my pulling has significantly decreased over the last two weeks. I did not pull at all for the last two days and have also had several good days. This comes after a year of bad pulling so it is such a relief. The urge is lower and I am more aware. Fingers crossed.

After meeting with my new doctor, I started the same medication regimen I had in the past. It has been over 3 years since I have regularly taken medication; I have had 2 babies close together. I became pregnant unexpectedly with my third child in February 2013, and again in August 2014…so I have been off medication since February 2013 (3+ years 😳).

I stayed remarkably well balanced, but recently my mania has been impending. I am fighting it, but it’s slowly overtaking me. I do see the light at the end of the tunnel and I am continually giving my struggles to God because he can fight for me much better than I ever could. I have peace in His love, omnipotent, and omnipresent ways. ❤️🙏💐🌈🚇⛅️😊

How to Help Your Family Grow
By Rick Warren

If one of the marks of an awesome family is that we help each other grow, how do you do that?

Help each other grow:

1. Through example. Jesus did this in teaching the disciples. John 13:14-15 says,“Since I … have washed your feet, you ought to wash each other’s feet. I have given you an example to follow. Do as I have done to you” (NLT, second edition).Your kids don’t want to hear a sermon. They want to see Jesus’ example in your life.

2. Through conversations. If you’re not having critical conversations with your kids about real issues, they’re not growing. Unfortunately most conversations we have with kids are about schedule, eating, or homework and not about the stuff that really matters in life.

The Bible says in Deuteronomy 6:7, “You must teach [God’s commandments] to your children and talk about them when you are at home or out for a walk; at bedtime and the first thing in the morning” (TLB).

Ephesians 6:4 says, “Don’t keep on scolding and nagging your children, making them angry and resentful. Rather, bring them up with the loving discipline the Lord himself approves, with suggestions and godly advice.”

2. Through comparing. Everybody’s unique. There’s nobody in the world like you! That’s why comparing never, ever works. In fact it’s lethal to any relationship. The Bible says, “Each person should judge his own actions and not compare himself with others. Then he can be proud for what he himself has done” (Galatians 6:4 NCV).

Life is a beautiful chaos 💗✨

“Without self knowledge, without understanding the working and functions of his machine, man cannot be free, he cannot govern himself and he will always remain a slave.” George Ivanovich Gurdjieff

Tales of humour, whimsy and courgettes

Blogging through shared experiences, victimizations, and behavior patterns of persons with high-functioning alcoholism, personality disorders, and the subsequent emotional abuse.

Signs of a Gay Husband by Debra Sutton

Your mind is powerful, it can heal you as much as it can harm you.

The Ballad of Joe and Katie
My Exaggerated Life

Based on actual events.

Personal stories from those with experience of trichotillomania - pulling out hair.

This site is for Personality development & Motivation

Where Being Bipolar is Real

It's OK to feel lost every once in a while

My life as a psychologist

we are fish that play in a sea of light

Daily blogs about my daily life.